In 2005, 21-year-old Guillermo Mendoza, an innocent bystander, was killed when Dallas police officers were chasing a drug suspect and crashed.

Mendoza’s brother told News 8 at the time his brother died for no reason.

“This time, it was my brother,” he said. “Next time, maybe someone else.”

Mendoza’s case was one of the reasons then-police chief David Kunkle changed the pursuit policy in 2006. He made it one of the most restrictive policies in the nation, allowing officers to only chase violent felons.

DISD Police Chief Craig Miller was with DPD at the time.

“It gets back to, is what they have done wrong enough to put our lives and citizens lives and that person’s life in jeopardy to pursue them?” Miller said.

In 2005, the year before DPD changed its policy, there were 354 chases — almost one a day. Twenty-one officers and 21 civilians were injured in the pursuits.

Since then, chase numbers have dropped dramatically and there has only been one person killed in a pursuit since the change.

“As police officers, we are issued weapons and we have bullets in them and we use them in situations where we are put in a position to use deadly force,” Miller said. “A vehicle is no less deadly in an incident that causes harm to someone.”

Yet, many law enforcement agencies won’t change their policies, under pressure from officers who believe not chasing lets bad guys go free.

Chief Miller adopted the Dallas police chase policy at DISD. He says the risk of catching minor offenders isn’t worth the risk to public safety.

Yesterday, Mesquite police chased after suspects accused of credit card fraud at a hotel. Those suspects then crashed into a school bus full of elementary students.

Luckily, no children were hurt.

Mesquite Police Chief Charles Cato did not return our phone calls or messages Friday. We wanted to ask him if he would take a look at changing the department’s policy to match the Dallas Police Department’s.

Reposted from WFAA by Rebecca Lopez 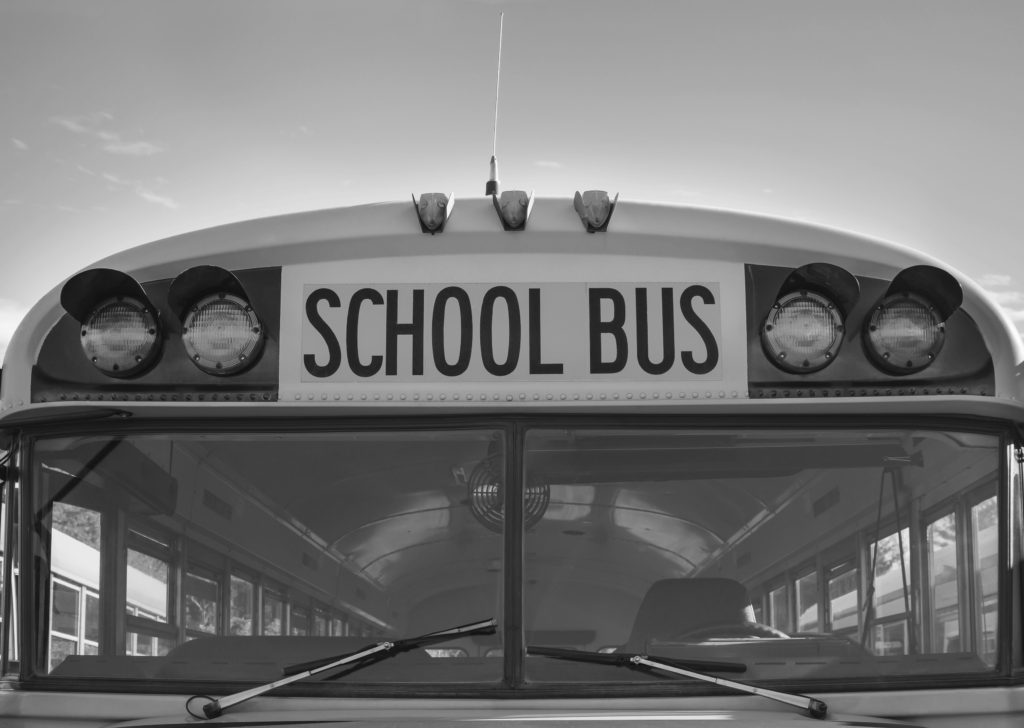 DALLAS — A police pursuit ended Thursday afternoon when the suspects’ vehicle crashed into a school bus in northeast Dallas.

The chase began at a Fairfield Inn and Suites on the 4000 block of Towne Crossing Boulevard in Mesquite around 2:15 p.m., police said. A Mesquite police spokesperson said Thursday night the suspects were wanted for credit card fraud at the hotel.

The suspects, who have not been identified, crashed into a Dallas ISD school bus near the intersection of Skillman Street and Abrams Road in Dallas around 3:15 p.m.

“I was scared and I jumped out of my seat,” said fourth grader Pauvan Mung.

Two male suspects were apprehended at the scene and a female suspect was arrested later at the hotel.

There were approximately 60 children on the school bus, according to the company that operates the school district’s buses. No injuries were reported.

“We were turning left, and then the car was at maximum speed,” said fifth grader Kimberly Arreola. She says a red car hit the back left corner of the bus.

The school bus came from Hotchkiss Elementary. A different bus was sent to pick up the children and complete the route.

“We didn’t know what was happening, so the bus driver stopped and went outside and it was, like, an accident,” Mung said.

Many say it is amazing no children were hurt, but plenty were shaken and upset as they waited for their nervous parents to come pick them up. The story behind this crash was no source of comfort.

Mesquite police say staff at the Fairfield Inn at I-30 and 635 called Thursday after 2 p.m. about a group of people using a stolen credit card. When officers arrived, two suspects drove off in a red car, starting the chase that lead them to northwest Dallas. That pair was arrested after the crash, and a third suspect was handcuffed back at the hotel hours later.

By then, at the scene, the crash had been cleared and the kids had calmed down.

But it’ll likely be a restless night for many of their parents, left wondering if this chase that risked their kids lives was worth it.

News 8 has filed a Freedom of Information Act request with the Mesquite Police Department for a copy of their policy on police chases.