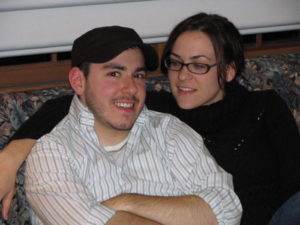 Very special thanks to Fox25 Investigative Producer, Erin Smith (@SmithReports), for reaching out and making this story happen.

State Police have logged 917 total chases in the past five years. A spokesman for State Police said 843 of those pursuits complied with the agency’s pursuit policy, which requires cops to end the chase if the driver is only wanted for a misdemeanor or nonviolent felony and heads into densely populated neighborhoods or congested roadways. Troopers must also frequently check in with supervisors to continue the chase.

“The fact that the overwhelming majority of pursuits comply entirely with policy reflects the discipline of our troopers in deciding when to pursue vehicles,” said State Police in a statement.

The staggering number of State Police pursuits uncovered by FOX25 Investigates comes after Massachusetts State Police last month pursuing a driver on an hour-long, multi-state chase gunned down major roads, including Route 2 and I-495 and arrested him in a New Hampshire residential neighborhood.

A New Hampshire state trooper and a Massachusetts State Police officer were later placed on leave and are under investigation after SkyFox video showed officers punching the suspect at the end of the chase.

Hoyt spoke to FOX25 Investigates for the first time publicly about the life-changing crash that left her sedated in a coma with a shattered pelvis, a broken right wrist, a cracked sternum, broken ribs and a traumatic brain injury.

“I’m not mad at the police and I’m glad laws have changed and I’m glad we’re still fighting to change more laws about police chases,” said Hoyt. “But I really wish that there was more awareness. There’s so many innocent bystanders… You’re going to get another shot at this convict or this criminal, so just let it go and you’ll get him later.”

Hoyt said the recent New Hampshire chase was difficult to watch and urged police to rethink pursuits – for the safety of the officers as well as bystanders.

After Hoyt’s crash, State Police ordered an internal committee to review all pursuits.

“It certainly calls into question whether or not police ought to be involved and engaging in high-speed vehicle pursuits in the first place,” said Tom Nolan, a Merrimack College professor and retired 27-year veteran of the Boston Police Department.

Nolan said the way officers handled the end of the chase in New Hampshire shouldn’t be the only thing under investigation.

“They knew who this guy was,” said Nolan. “They knew where he lived. They had warrants outstanding for him. You can get him another time. I mean, what is the emergency?”

State Police couldn’t immediately provide details for the 11 chases that didn’t comply with policy and declined an interview request, but a spokesman said the violations were minor and no troopers were fired.

Last month’s chase that ended in New Hampshire is still under internal review and State Police said investigators are still compiling radio transmissions from the pursuit.

The full statement from State Police to FOX25 Investigates states:

“Pursuits require continual analysis of a host of evolving factors, any of which can change in a split second over the course of a pursuit — including speed, traffic conditions, population density of the surrounding area, the nature of the underlying crime committed by the suspect, and the threat posed to the public by the suspect. This rapid-fire analysis and continual decision-making by the pursuing troopers and the shift commander at troop headquarters determine whether the pursuit continues or is terminated. Like so many other actions that we ask law enforcement officers to perform routinely to protect the public, motor vehicle pursuits require a tremendous amount of tactical skill, discipline, and clear thinking in the midst of a crisis situation. It is easy for observers on the outside to second guess those actions, but the task of the trooper or police officer who has to stop a potentially dangerous suspect and end a threat is not quite so easy.
We are proud of our rigorous pursuit policy and our record of closely examining how our pursuits are conducted. The fact that the overwhelming majority of pursuits comply entirely with policy reflects the discipline of our troopers in deciding when to pursue vehicles.”