Yet another #Milwaukee-area stolen car #policechase, this time in very dangerous weather conditions and residential areas. And we’re sure the owner’s #Insurance company will be incredibly unhappy that the stolen car was totaled.

MILWAUKEE —Brown Deer police spent much of Monday trying to find a person who ran from a stolen vehicle that crashed and rolled on its side during a chase.

That was the biggest concern for the neighbors. Right where the orange cone is is where the crash happened. Police had been talking — checking the video and got up on it. They saw somebody get out of the vehicle, come up the hill, and run through these trees into the neighborhood nearby.

It was a dangerous combination. High speed. Wet roads. And a tough curve. The result, a BMW left on its side wearing all the marks of a muddy rollover crash. 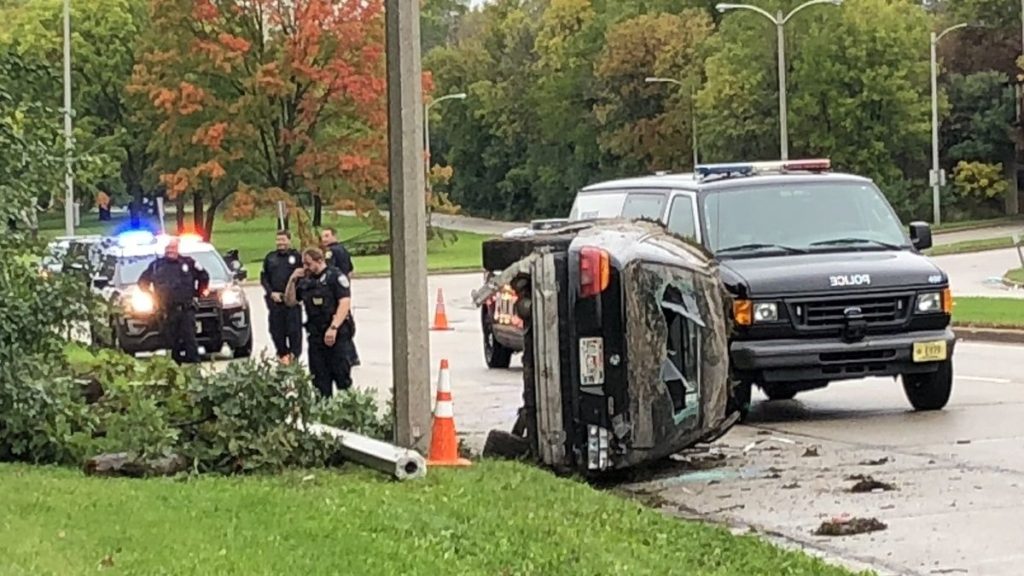 According to police, the driver would not stop after officers realized the car was stolen and tried to pull it over. The chase that followed did not last long, but the speeds got near 90.

Knowing that I literally just left going to the bank and then coming back, it’s fairly quiet when I come back, and there’s Glendale, Brown Deer and Milwaukee in my neighborhood, it feels like, God, is it really that bad?

One person was still in that stolen car and had to be taken to the hospital, but in this neighborhood, many are not stopping their normal routine.

This is a little too close to home, right now, I’m putting up my harvest decoration, I’m not going to let some kid running around stop me from doing that.

Police only had a vague description of the person who got away. The search for him is still ongoing. The other person who went to the hospital did not have serious injuries he’s only being described as an adult man from Milwaukee.