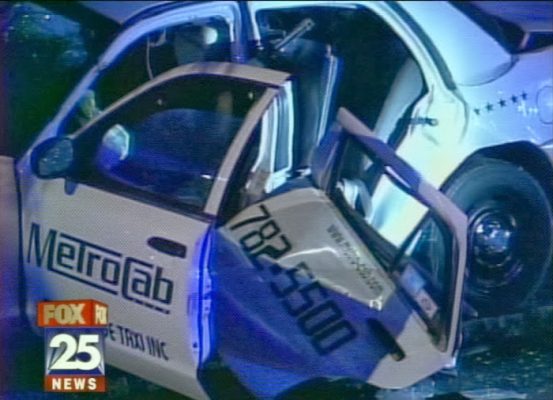 Wisconsin State Senator Chris Kapenga stated on February 19, 2020 in news release, “Car thefts (are) increasing in 8 of the 10 most populous (Wisconsin) counties.”  Here is the proposed WI Legislation that increases the penalties for vehicle theft, reckless driving, and fleeing an officer: https://docs.legis.wisconsin.gov/2019/proposals/sb769

The PFC take on this legislation?

We believe that legislation INCREASING PENALTIES for individuals (criminals) who fail to stop for a law enforcement officer (LEO) is good policy. The same can be said for vehicle theft and reckless driving penalties.

However, where this legislation falls woefully short is relating to the EVER INCREASING NUMBER OF DANGEROUS #POLICECHASES that are occurring in Wisconsin, often as a result of these types of crimes.

If our elected officials REALLY WANT TO PROTECT CITIZENS AND LEO’S from unnecessary injuries and death, then implement STRONGER PURSUIT POLICIES, limiting police chases to only the most violent felony actions, and NOT FOR STOLEN CARS OR PROPERTY THEFT.

Yes, auto theft is up in most large Wisconsin counties, though down statewide

The issue of reckless driving has gained urgency as lawmakers, police and residents grapple with how to get a handle on increasing danger on neighborhood streets.

One approach: Crack down on auto theft.

In Milwaukee and elsewhere, the police pursuit of stolen vehicles has led to accidents, including a Feb. 1, 2020 incident in Wauwatosa, when a stolen car being pursued by Milwaukee police crashed into a tree.

State Sen. Chris Kapenga, R-Delafield, introduced a bill to address auto theft that, among other things, increases penalties for reckless driving, fleeing an officer and vehicle theft. The measure won Senate approval Feb. 19, 2020 on a 19-14 vote and was sent to the Assembly.

In a news release that day, Kapenga argued: “Reckless driving and car thefts have been a major issue not only in Milwaukee County but also across the state with car thefts increasing in 8 of the 10 most populous counties.”

The evidence
When asked for backup, Kapenga’s chief of staff Kyle Koenen pointed to the Wisconsin Department of Justice’s Uniform Crime Reporting Database.  READ THE REST OF THE STORY HERE