The driver of a Nissan Sentra didn’t have his headlights on during rainy weather on Nov. 16, 2016, so North Cornwall Township Patrolman Joseph Fischer pulled over driver Marvin Rosa for what he probably thought was a routine traffic stop.

But when Fischer approached, Rosa started driving again, this time with a vengeance, according to Fischer’s written testimony of events. He blew stop signs and red lights and drove 55 miles per hour on 16th Street before stopping again for Fischer, who was in pursuit, on Strawberry Alley at Center Street. 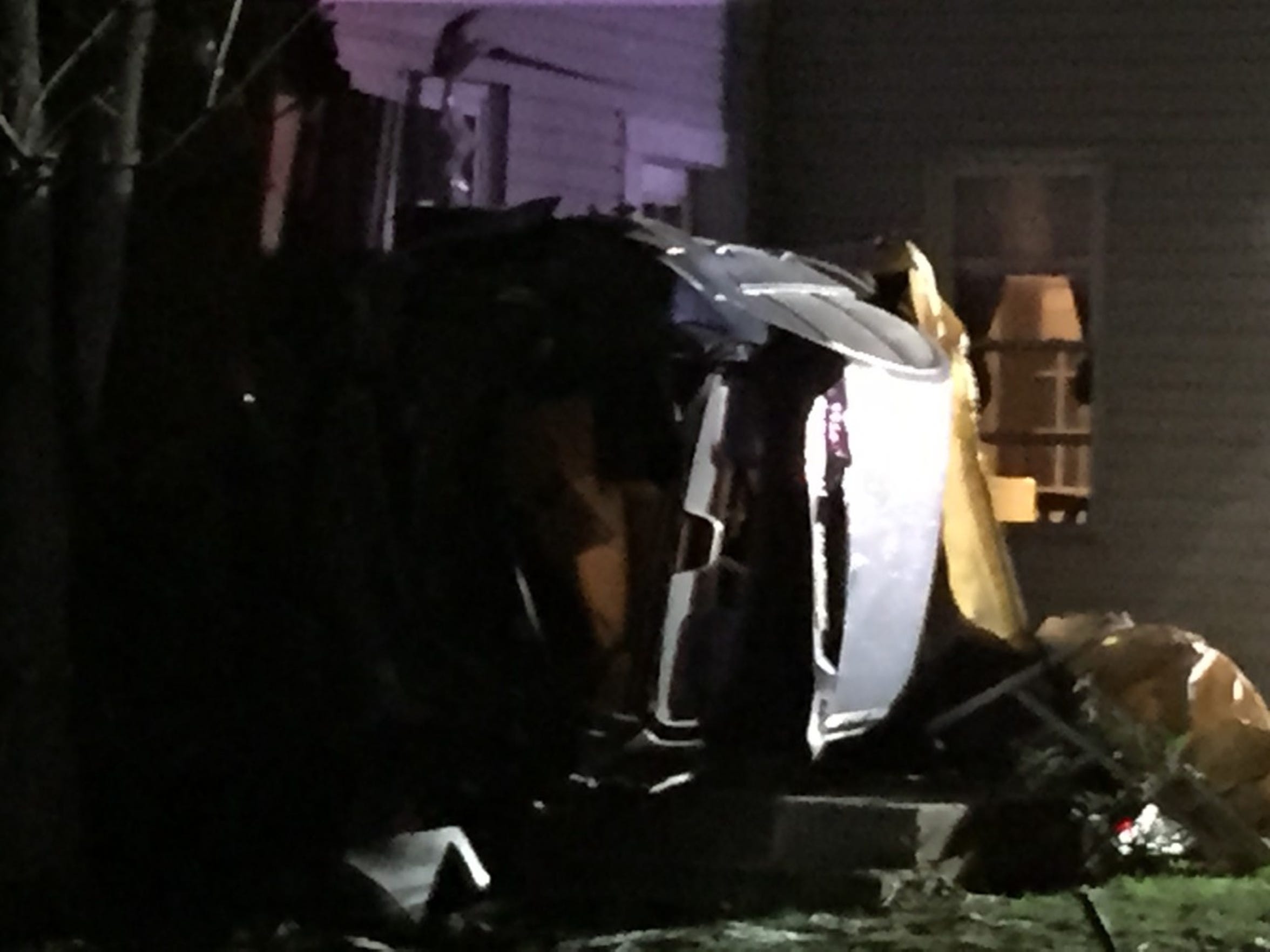 A Nissan Altima leans against a house at 1446 N. Seventh St. in North Lebanon Township after its driver, 48-year-old James Cole of Lehigh County, crashed when leading police on a high speed chase in November 2016.
(Photo: File photo)

This time, when Fischer approached, Rosa turned left to crash into the patrol vehicle. He continued driving recklessly despite a dragging bumper, reaching speeds above 70 miles per hour on Walnut Street, the affidavit states.

More: Man wanted in York County leads state police on chase on I-81 in Union Township

Then, while driving on Royal Road, he braked suddenly, causing Fisher’s patrol vehicle to rear-end his Sentra. That crash finally disabled Rosa’s vehicle, after which he fled on foot until police arrested him.

He later pleaded guilty to fleeing or attempting to elude an officer, aggravated assault, recklessly endangering another person and a multitude of traffic violations.

Rosa is not the only person to throw caution to the wind and attempt to get away from Lebanon County police.

Police charged 59 people with attempting to flee or elude an officer in Lebanon County from 2014-16, almost all of them trying to escape in vehicles that police were pulling over  and usually for a traffic violation. Some chases ended in fiery crashes, the death of the violator, injuries to unrelated drivers, and close calls for officers.

Yet local police insist there are times when the benefits outweigh the risk.

How often are people hurt or injured in car chases? 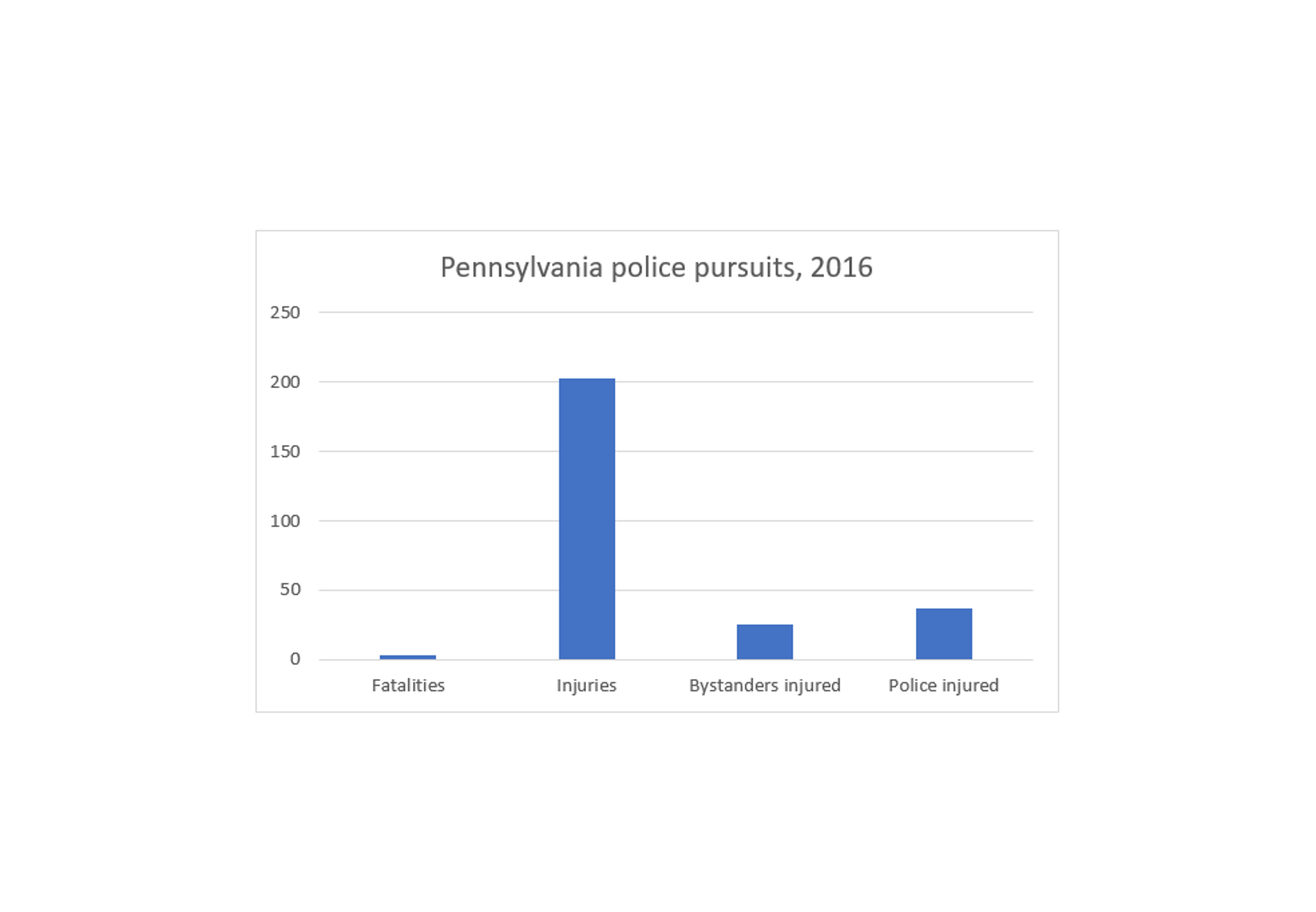 According to data compiled by state police, more than 200 people were injured in Pennsylvania police pursuits in 2016.
(Photo: By Daniel Walmer)

Only three people died as a result of police chases in Pennsylvania in 2016, the most recent year for which data is available, according to a report compiled by state police. The report is based on information that municipal police departments are required to provide annually.

However, there were more than 800 crashes causing more than 200 injuries during chases, according to the report. There was also more than $1 million in damage to property belonging to innocent bystanders and $824,000 in damage to police vehicles.

In 2017, a person who tried to outrun police in Lebanon County died as a result. Brandon Small, 25, attempted to flee Lebanon Police but hit an electrical pole and died from injuries sustained in the crash, according to information provided by police.

How frequently do dangerous chases occur in Lebanon County?

Here are just a few of the cases from 2016 detailed in Lebanon County court records: 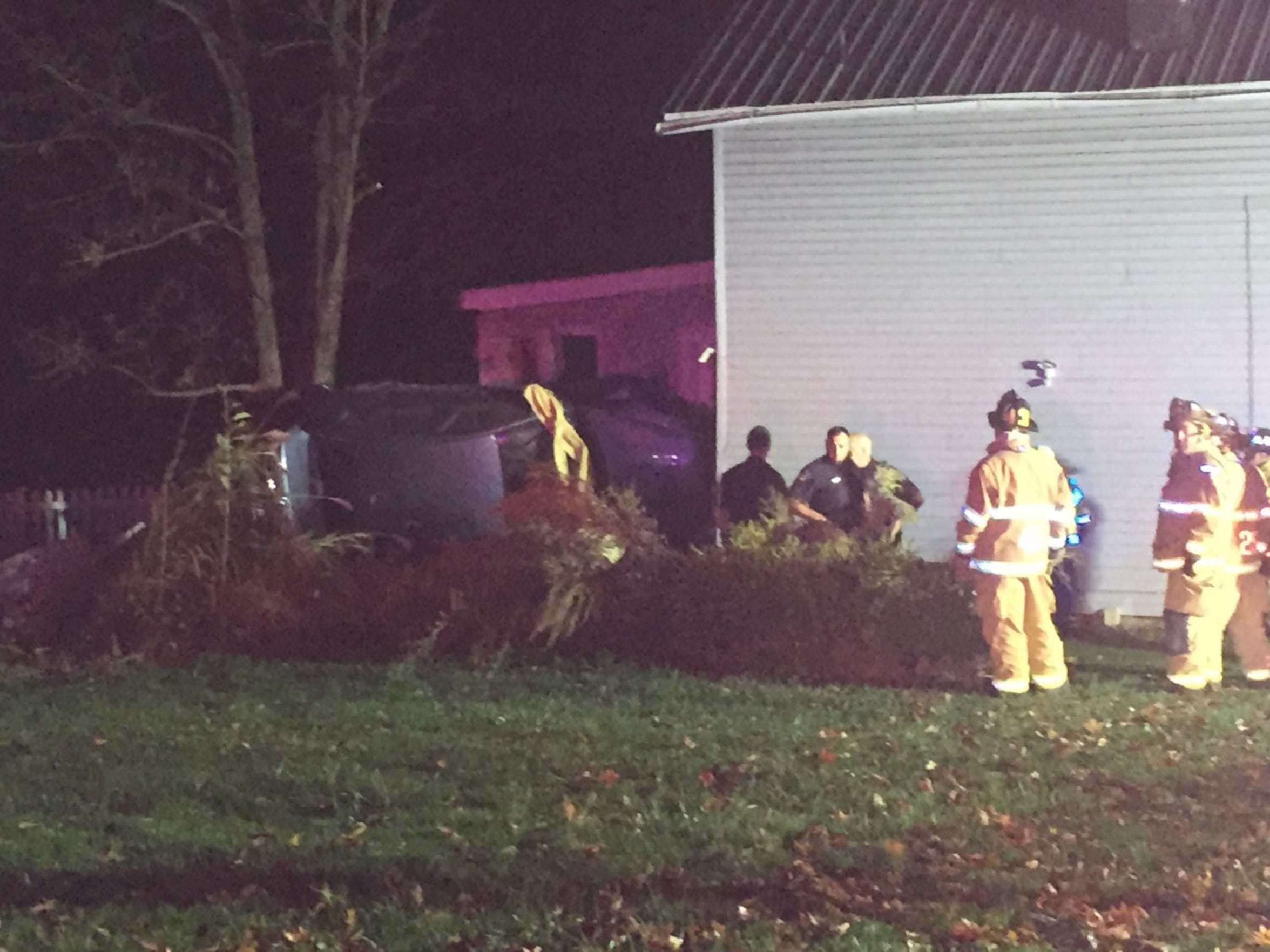 North Lebanon Township police and firefighters gather near a car that crashed into a house at 1446 N. Seventh Street after a high speed chase in November 2016.
(Photo: File photo)

To be sure, not every case in which a person is charged for fleeing or eluding an officer is as dramatic. Gus Valmas faced the charge after failing to pull over in 2015, but police said he never exceeded 35 miles per hour during the pursuit.

Yet dangerous chases have also occurred more recently. In February, Harrisburg resident Francisco Rivera-Vazquez drove 115 miles per hour on Interstate 81 in Lebanon County while passing cars on the shoulder during a chase, according to police. In August, Myerstown resident Michael Richard Brown fled police and drove 88 miles per hour in a 15 mile-per-hour zone on West Mckinley Avenue in Jackson Township, police said.

Still, almost all drivers pull over when they see the flashing lights.

North Londonderry Township police have only been involved in seven pursuits since 2004, according to Police Chief Kevin Snyder. North Cornwall Township only averages 1-2 pursuits per year, Chief John Leahy said.

“Some (officers) can go their entire career without a vehicle pursuit, which is absolutely fine with me,” he said.

How do police decide whether to pursue?

Leahy said determining whether or not to chase a fleeing driver boils down to one basic rule: “when the risk to the general public outweighs what you are (pursuing) the person for, the chase needs to be terminated.”

Yet there are a multitude of factors that officers are trained to consider, local police chiefs said, including traffic volumes, the weather, likelihood of pedestrians in the area, and whether the officer has been able to get a license plate number.

“You’re going to make your decision in a matter of milliseconds,” Leahy said.

The nature of the violation that caused the officer to pull over the vehicle in the first place is also important.

“(N)o one will ever convince me that the death of my son and the driver of the taxi he was in should have occurred because of an insanely dangerous pursuit after a man who simply made an illegal u-turn and then ran because he didn’t have a valid license.” – JONATHAN FARRIS, PURSUIT FOR CHANGE

“If it’s a suspected summary offense, the risk outweighs the benefits, so there’s other ways of pursuing that,” North Lebanon Township Police Chief Harold Easter said. “But if it’s a high-profile case, then everything is bumped up and we assume some more risk in order to get that person stopped, because if we (don’t) get them stopped, they might be killing somebody down the road.”

Yet even according to data self-reported by police departments, more than half of 2016 Pennsylvania police chases began with an attempt to pull someone over for a traffic violation and only 13 percent were due to felonies. Almost all of the pursuits in Lebanon County checked by the Lebanon Daily News began with traffic violations.

Pursuit For Change Chief Advocate Jonathan Farris would like to see chases limited to violent felons. Farris started Pursuit of Change after his son, Paul Farris, was killed while riding in a taxi that was struck by a motorist who was fleeing police.

“I do believe that no simple misdemeanor is worth putting law enforcement officers or bystanders at risk,” Farris wrote in an email. “It’s different if the police are chasing an active shooter, a carjacker, a rapist, etc. But no one will ever convince me that the death of my son and the driver of the taxi he was in should have occurred because of an insanely dangerous pursuit after a man who simply made an illegal u-turn and then ran because he didn’t have a valid license. But sadly, these sorts of senseless deaths continue to occur across the US every week and day.”

What are the official policies of Lebanon County police departments?

The Lebanon Daily News was unable to learn the details of various police pursuit policies in Lebanon County because state law mandates that such policies “shall be confidential and shall not be made available to general public.”

According to Snyder, the policies are something that “obviously don’t want the criminal element to know.”

Yet the “vast majority” of states, counties and cities nationwide will release their pursuit policies to the media when requested, Farris said.

“It seems silly to me that PA legislators mandated this,” he wrote.

Leahy said each officer is aware of the policies and procedures in effect and can be subject to disciplinary measures if those procedures aren’t followed.

How do police stop a fleeing vehicle?

In many cases, the technology for stopping someone who has fled has not changed much in the past decade. Aside from simply following, the most popular technique for many departments, including North Lebanon and North Londonderry, is using spikes that deflate the tires of the vehicle, causing it to eventually stop.

State police are trained to use the PIT maneuver, in which the officer intentionally makes contact with the side of the fleeing vehicle in such a way that the tires skid and spin out, according to Reed.

North Lebanon does not perform PIT maneuvers because of the danger involved and the significant training required to perform it safely, Easter said. Leahy said North Cornwall would not rule out ending the chase by making contact with the vehicle if circumstances justified it, such as pursuit of a violent felon whose freedom the officer believes puts the public at risk.

Farris would like to see better proactive pursuit training by law enforcement, as well as grants to help police departments use safer, newer technologies. One example: Star Chase, which enables officers to place a tracking device on a fleeing vehicle.

Will the driver get caught?

People who choose to flee are panicked, often because they have a suspended license, have an outstanding warrant, or are afraid of what the officer will find in the car, police said – but it’s still almost always a bad idea.

“Statistically speaking, it’s very rare that a person gets away and is not apprehended,” Reed said.

Across Pennsylvania, just 14 percent of fleeing vehicles successfully eluded police in 2016, according to the state police report.

Officers also warned that you even if you outrun a police vehicle, police can identify you through your license plate information. When you are apprehended, you’ll be looking at a possible felony and jail term, and almost certainly a worse sentence than you would have received for just pulling over.

Even after a chase starts, a person will be treated more favorably by law enforcement and the courts if they quickly end the chase, Easter said.

“They need to rethink it real fast and pull over, and if they’re driving under suspension, without a license – take your lumps,” he said. “It’s better than getting involved in an accident and killing themselves or somebody else.”

Advocating for Change. Another Dad’s Journey

Thinking About Squad Cars and Guns

Milwaukee’s Out of Control Police Pursuits

Innocent Woman and her 5 dogs killed