Thanks to reporter Corri Hess for reaching out to us. 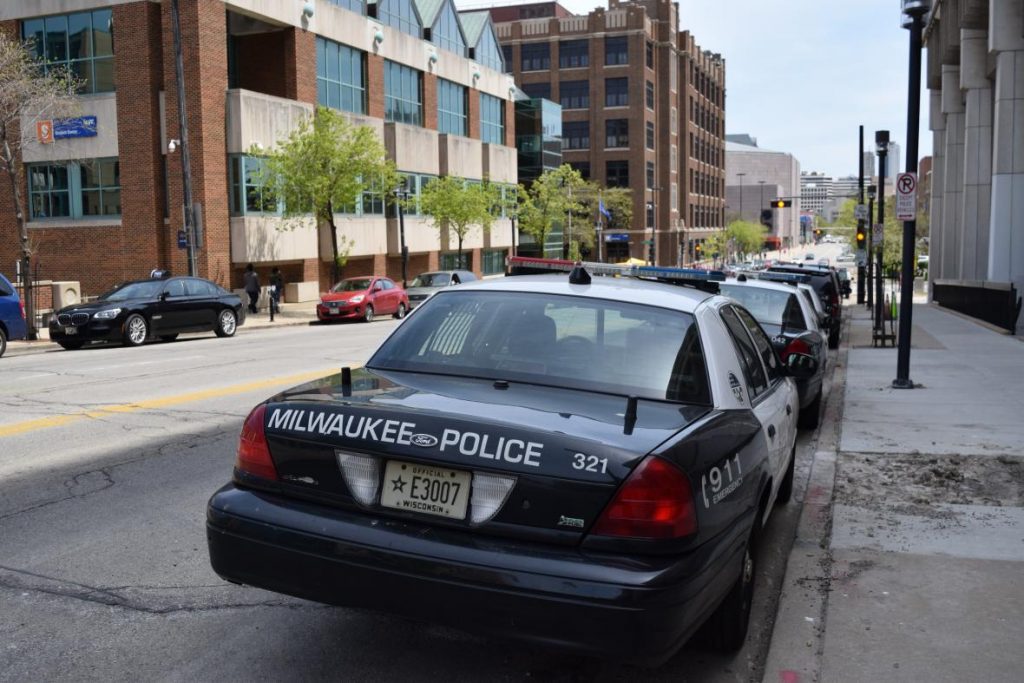 Two high-speed police chases in Milwaukee since April 11 have left two people dead and at least six others injured.

The deadly chases happened the same month a new study was released showing a nearly 155 percent increase in police chases since the Milwaukee Police Department changed its policy in 2017 to allow officers to pursue reckless vehicles.

On Saturday afternoon a 27-year-old man died after a police chase. Milwaukee police were investigating a drug complaint when the driver involved in the suspected matter refused to stop, said city Police Inspector Jutiki Jackson.

The driver, who has not been identified, reportedly flew through a stop sign at North 13th Street and West Capitol Drive at a high rate of speed. After crashing into an SUV, the driver crashed into a vacant house and the car burst into flames, Jackson said in a press release. The house also started on fire.

The driver of the SUV was treated for minor injuries. The suspect did not survive.

In a separate incident, an 18-year-old man died Monday afternoon, according to the Milwaukee County Medical Examiner’s Office, after the man, who has not been identified, was involved in a police chase Thursday. The chase began after a triple shooting. Six others were injured.

Milwaukee Police Officer Charles Irvine Jr, 23, died in June while he and another officer were pursuing a suspect. The squad car crashed as they chased the suspect on the city’s northwest side.

The Milwaukee Fire and Police Commission voted unanimously in September 2017 to expand the police department’s chase policy to reckless drivers and drug dealers. The change was something former Police Chief Edward Flynn disagreed with, saying at the time, it would endanger more people.

Flynn limited the department’s chase policy in 2010 to officers only being allowed to chase drivers suspected of committing a violent felony after four people were killed in one month.

Jackson did not respond to Wisconsin Public Radio’s request for comment by deadline. He told the Milwaukee Journal Sentinel the police department has no plans to change the police pursuit policy.

Milwaukee Alderman Robert Bauman said each chase has its own set of individual circumstances. The best answer is for trained police officers to exercise professional judgment when pursing a chase, he said.

Bauman said increased vehicle crashes were a possibility when the city changed its vehicle pursuit policy, but it had to be done.

“We were getting to the point where there was no accountability for some of the really bad driving that was going around and the bad guys knew it,” Bauman said.

There were 940 police chases in 2018, up from 369 in 2017, according to the study presented Thursday to the city Fire and Police Commission. Twenty-five percent of the chases last year resulted in a traffic accident.

During almost 500 of the chases, the police vehicles were being driven more than 75 mph, according to the report.

About 67 percent of the chases were for reckless vehicles; 21 percent were for violent felonies; and 3 percent were drug related, according to the report.

“It just doesn’t make sense to have an officer-decided pursuit policy in a city of the density of Milwaukee,” Farris said. “You see from reports the types of things they are pursing. The vast majority of them are reckless behavior. Well, that’s a pretty tough one to define.”

Farris’ son, Paul Farris, was killed on Memorial Day weekend in 2007 when a fleeing driver being chased by a Massachusetts State Trooper struck the cab Paul and his girlfriend were riding in.

Paul and the cab driver were killed. Paul’s girlfriend was critically injured but survived.

Wisconsin Public Radio, © Copyright 2019, Board of Regents of the University of Wisconsin System and Wisconsin Educational Communications Board.