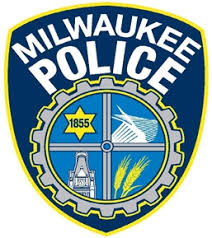 More and more people are recognizing the highly political nature of Milwaukee’s “pursue for any reason until the wheels fall off” police chase changes. Officers are dying. Innocent citizens are dying. Fleeing vehicles are screaming down Milwaukee’s densely populated neighborhoods at 75 miles per hour and faster – putting EVERYONE at risk. And in 2018, MPD was doing this THREE TIMES EVERY SINGLE DAY.

This is insanity. This is not working. This is killing people. And this needs to stop.

If it takes replacing Aldermen and members of the Milwaukee Fire and Police Commission, then I encourage Milwaukee voters to do something about it.

Do it before some you love is killed unnecessarily.

Thanks to Urban Milwaukee reporter Bruce Murphy for reaching out to me and for writing this thoughtful article about Milwaukee’s out of control police pursuits.

Are Police Pursuits Out of Control?

Massive increase in high-speed chases under the new policy. Results are scary.

Last week Saturday another person was killed after high-speed police chase. A Fox 6 report included a cell phone video of the police car barreling down a city street and covered the resulting carnage that occurred.

This was in response to what police believed was “drug dealing” with no further information offered. The police did not say the person chased was suspected of committing any violence, which would be consistent with most such chases in America, which are in response to non-violent offenses, typically traffic violations.

The 27-year-old man being chased sped through a stop sign, crashing into another vehicle and then careening into a home, where his car burst into flames and ignited the house. “The vehicle sheered the gas main to the house, creating a very dangerous situation inside the house,” said Battalion Chief Erich Roden, Milwaukee Fire Department.

The man being chased was killed and the driver he hit was injured. “Jazzmine Salaam says the speeding vehicle smashed into her cousin driving an SUV at the intersection of 13th and Capitol. She was taken to the hospital with minor injuries,” as Fox 6 reported.

David Miller, the homeowner, might have been killed but wasn’t at home at the time. He described the explosion to Channel 12, saying it “busted all my windows, everything melted… the TV melted. I lost about 20 good guitars.”

Miller is “still in shock,” says his brother and his home, which was uninsured, is almost completely destroyed. The brother has just launched a crowd funding campaign to pay for a new home.

All told that’s one person killed, one injured and one in shock with an incinerated home, all to capture one guy who may have been involved in a drug deal. That’s how Milwaukee’s police pursuit policy works these days.

Last year, Milwaukee police engaged in 940 chases, nearly triple the number in 2017, and well more than the total number of pursuits for the seven year period from 2008 through 2014, when there were 858 pursuits. These numbers come from a new report by the Fire and Police Commission (FPC).

Slightly more than half of the pursuits in 2018 — 491 — hit a speed of more than 75 miles per hour, and most were on city streets. The percent of police chases that exceeded 75 miles per hour has risen from just 10 percent in 2012 to 52 percent last year, the report found.

About 18 percent of the chases terminated in a car crash and 25 percent caused a car accident. Thirteen officers were injured during the pursuits, one fatally, 112 people being chased were injured, five of whom died and 38 bystanders were injured.

Yet only 21 percent of the pursuits involved a violent felony. Most — nearly 70 percent — involved a traffic violation or reckless vehicle.

And the vast majority of pursuits didn’t catch the subject: Just 38 percent of the pursuits resulted in apprehensions.

The skyrocketing increase in pursuits is the direct result of a new policy pushed for in 2017 by Milwaukee Common Council members. A letter from 13 of 15 council members noted a rise in killings by hit-and-run drivers, and also claimed that speeding, red light-running and reckless driving were occurring at record levels.

Then-Police Chief Edward A. Flynn opposed any change in the pursuit policy.

He had already strengthened the pursuit policy in 2015, which allowed police to chase if either the vehicle or occupants had been involved in a felony or attempted felony, or if the vehicle or occupant(s) presents a clear and immediate threat to the safety of others,” which appeared to target reckless driving.

The result was a significant increase in pursuits, to 263 in 2015 and 306 in 2016 — more pursuits than in any year since 2002. But the council wanted still more pursuits and so the Fire and Police Commission ordered a stronger policy.

A new policy created in September 2017 added language allowing a chase if “the occupant(s) of the vehicle are engaged in drug dealing” and if “the necessity of immediate apprehension outweighs the level of danger created by the vehicle pursuit, as in the case of the vehicle engaging in reckless driving.”

Flynn’s successor, Police Chief Alfonso Morales, said the increased pursuits have led to a drop in vehicle theft, carjackings and violent crime. “Is it dangerous? Absolutely it is,” as Morales described the pursuits to the Milwaukee Journal Sentinel. “But we’re always looking for an alternative way to make it safer.”

Actually the department had an alternative. Under Flynn it had adopted new technology developed by a private company called Star Chase, whereby police shoot at GPS “bullet” about the size of a soup can that can stick to a fleeing car. A 2014 report found it is effective in 55 percent of cases, meaning it sticks to a car and an arrest is later made. That compares to the apprehension rate of 38 percent for last year’s 940 chases.

“During the year 2016 MPD deployed this technology 156 times, successfully attaching it to fleeing vehicles 112 times,” a past FPC report noted.

The approach enables police to avoid high-speed chases that often are aggressive adrenaline-fueled contests between officers and a suspect that lose track of innocent bystanders in a dense urban setting. “Studies show they almost go into pure tunnel vision when they begin a pursuit. The adrenaline kicks in,” said Jonathan Farris, a pursuit-safety advocate who lives in Madison, WI, in a story by McClatchey.

Whereas the Star Chase devices “give officers time to [let the adrenaline high pass], so by the time the pursuit is over, they can think more clearly and make better tactical decisions,” as MPD Inspector Terrence Gordon told Governing magazine in 2016. Yet since Flynn left, there has been no discussion of this technology.

A model policy by the International Association of Chiefs of Police recommends pursuits “only if the officer has a reasonable belief that the suspect, if allowed to flee, would present a danger to human life or cause serious injury. In general, pursuits for minor violations are discouraged.”

“There are too many cases of people dying needlessly – tragedies that trump whatever the other arguments there are about people perceiving this as getting away with infractions,” Wexler said. “We’re talking about saving lives here.”

Farris, who heads Pursuit for Change, a Wisconsin-based advocacy group for victims of police pursuits, spoke to the Milwaukee’s Fire and Police Commission in 2017 to urge it not to push for more pursuits. He has since written letters to the commission urging a reconsideration of the policy, with no response. His impression was that the FPC, though it is supposed to be an independent agency, was simply doing the Common Council’s bidding.

Farris became an advocate after his son was killed in 2007 during a police pursuit in Massachusetts. “My son and his girlfriend were riding in a taxi which was t-boned by an SUV pursued by the police for an illegal U-turn,” he recalled in an interview with Urban Milwaukee. “My son and the taxi driver were killed and the girl spent years in rehabilitation.”

Farris believes Milwaukee will eventually be forced to change its policy. “They’ve already killed multiple innocent people. There are going to be more people killed and that’s what’s going to inevitably change the policy. Or there will be a humongous lawsuit against the city.”

Meanwhile keeps your eyes peeled for high speed chases. On average there were nearly three such pursuits per day last year.

If you think stories like this are important, become a member of Urban Milwaukee and help support real independent journalism. Plus you get some cool added benefits, all detailed here.