Independence Missouri is like way too many other jurisdictions. They allow officers virtually unlimited ability to engage in very dangerous, high speed police chases through city streets. And in cities like this, each and every day innocent citizens are injured and killed.

The answer is simple. STOP pursuing for misdemeanors and simple property crimes. Only pursue for violent felonies, and only then if no other safer options are available.
More training is necessary. Greater usage of technology tools is encouraged. And law enforcement MUST be held accountable for making poor decisions that injure or kill innocents.

Following is an excellent report by Cat Reid at television station KSHB 41. Go to their site and watch the video. Bad decisions abound, especially running at 80 MPH with a mud-streaked windshield. It is horrible that two innocent people were grievously injured, but tell me the pursuing officer could have seen a kid running into the street. It is actually amazing that no one was killed. 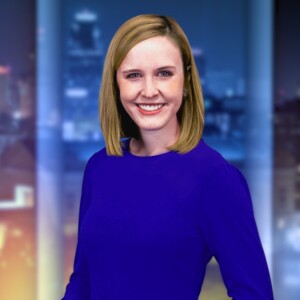 INDEPENDENCE, Mo. — On a Saturday afternoon in January, Sherry Ross decided to drive her 91-year-old father to Mass.

“He was going, ‘you didn’t have to pick me up for church,’ and I said, ‘Dad, you don’t need to be driving when I can drive you,’” Ross said, remembering that day.

Just a few minutes later, Ross heard sirens near the intersection of Sterling Avenue and Blue Ridge Boulevard. Her father saw what was coming and tried to verbalize a warning.

The driver of a maroon pickup truck ran a red light and slammed into Ross’s small SUV, totaling it. Ross walked away with a broken sternum, while her dad suffered a broken sternum, eight broken ribs and a punctured lung.

Later, Ross would learn what had happened that day was more than just a horrific crash.

“It was awful, but I think what was so frustrating then was knowing it was a chase,” Ross said.

An Independence police officer attempted a traffic stop on Jan. 26 near the intersection of 23rd Street and Harvard Avenue. The officer’s dashboard camera video shows the suspect took off down Harvard, a quiet neighborhood street.

When the driver hit a dead end on 25th Street, he quickly reversed toward Sterling Avenue. As the man, later identified as James W. Mathis, tried to turn around, his tires became stuck in a muddy lot. Eventually he was able to drive off, spewing mud across the officer’s windshield in the process.

It’s hard to see what happened next, since the windshield wipers on the patrol car smeared the mud, impairing visibility in the video. However, according to a police report, the chase continued down Sterling Avenue, with Mathis running two red lights and reaching speeds of 84 miles per hour.

The four-minute pursuit ended as he ran a third light, crashing into Ross’s car.

The chase that ended in the crash, injuring Ross and her father, was initiated over a traffic violation. The officer said Mathis wasn’t wearing a seat belt.

“I was livid,” Ross said about learning the reason for the pursuit.

“We have to count on the law enforcement professionals to be calm and to make good decisions,” Angotti said, “and to have a police chase over a seat belt violation just seems unnecessary. It’s an unnecessary risk.”

Both Independence and Kansas City, Kansas, police allow pursuits for any crime.

Sherry Ross and her father are not the first people injured as a result of those chases. Over a five-year period, Independence pursuits led to $1.1 million in payouts for property damage and lawsuit settlements.

Multiple requests for interviews with the chiefs of both departments went unanswered.

An IPD spokesman did respond to some questions via email,  emphasizing that the collateral damage of chases rests on the shoulders of suspects.

“It is the criminal who places the public at risk and puts themselves in danger for failing to lawfully comply with the vehicle stop,” Independence police spokesman John Syme said in the email. “Police officers are attempting to prevent crime and protect society.”

Syme declined to provide specifics on the pursuit involving Ross and her father, citing the potential for litigation in the case.

According to the Independence pursuit policy, “pursuits for traffic violations or for misdemeanors will be avoided or terminated if they pose unnecessary risk to life or property.”

When Syme sat down with 41 Action News in February 2018, he tried to explain why the department allows pursuits for such minor crimes.

“Oftentimes you’ll hear a pursuit immediately terminated if it’s just for traffic violations,” he said at the time. “But we also know that something that appears to be traffic at first, maybe just someone running a red light, could be indicative of something much more serious. Maybe they just committed a crime.”

That logic doesn’t hold up in the eyes of University of South Carolina professor Geoffrey Alpert, who has been studying high-risk police activities, including pursuits, for more than 30 years.

Through his years of research, Alpert came to the conclusion that department’s policies have to draw a clear line in the sand.

“I think it’s important for management, the chief or the sheriff, to come in and say if you’re not chasing for a violent crime, then it’s not worth it,” he said.

Alpert points to the New Orleans Police Department’s policy as a model for other agencies. That policy allows for pursuits only when officers have “reasonable suspicion that a fleeing suspect has committed or has attempted to commit a crime of violence…and the escape of the subject would pose an imminent danger of death or serious bodily injury to the officer or to another person.”

In the policy, a crime of violence is defined as “a felony involving the infliction or threatened infliction of serious bodily injury or death.”

The NOPD policy prohibits pursuits for property and misdemeanor offenses and traffic or civil infractions.

Alpert argues such a policy is not only safer for the public, but also better for officers, who have mere seconds to make hard choices.

“It’s just not fair to the officers to force them to make all those decisions. I think management should do it from the boardroom,” he said.

Experts say another important attribute of any policy is the inclusion of an independent third party that can make the call on whether or not to pursue.

“As strange as it may sound, it sort of takes the heat off of the officer for that feeling of saying I just let somebody go. It wasn’t their decision,” said John Hamilton, an associate professor of criminal justice at Park University.

The IPD’s pursuit policy states that “the decision to initiate a vehicular pursuit rests with the individual officer.” However, a supervisor can terminate the chase at any time.

In 2018, 66 percent of initiated pursuits were terminated, with the majority of those decisions being made by the officers behind the wheel, according to IPD.

A call for change

It’s unclear why the department allowed the chase that injured Ross and her father to continue.

After the crash, officers determined James Mathis’s girlfriend and his 7-year-old son were in the backseat during the pursuit, according to the police report. Neither was wearing a seat belt during the chase, and Mathis was charged with endangerment of a child.

Police said they found 0.2 grams of marijuana in the center console of the truck, as well as drug paraphernalia, including a glass pipe and scale. According to the police report, an officer also found 1.4 grams of meth and a pipe in Mathis’s jeans pocket.

Before the chase, his record only reflected two traffic warrants and a revoked license. Now he’s facing charges for fleeing and for the crash.

For Sherry Ross, the end doesn’t justify the means.

“Something’s got to change,” she said.

The family is determined to see that happen. Angotti is an attorney and knows that one way to fight the issue is in court.

But she doesn’t want to sue the city of Independence. Instead, she wants her family compensated and the pursuit policy changed.

“It would be nice if it didn’t have to go this way this time, and if we can do something and use this to help other people,” she said.