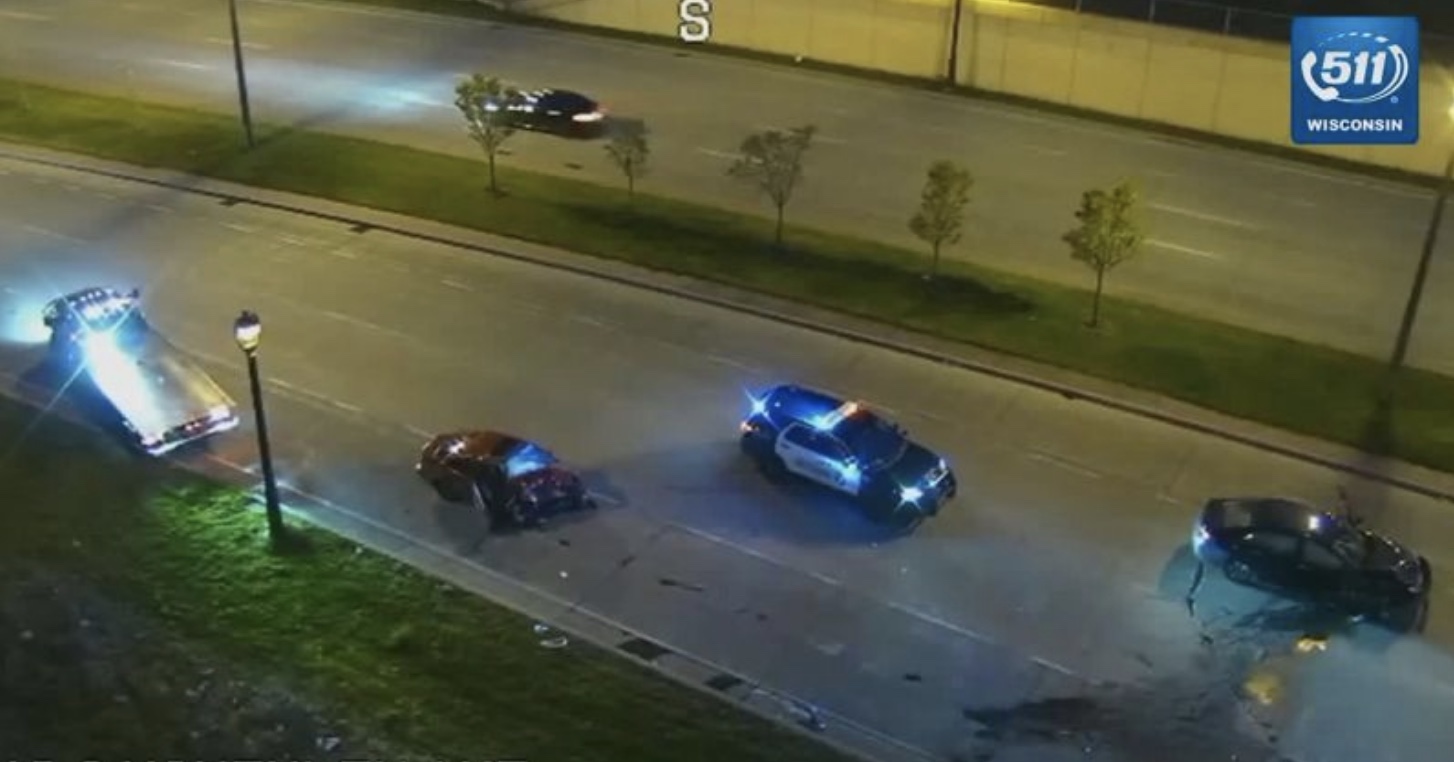 Let me say this AGAIN.

Police said officers attempted to stop a stolen vehicle on the 9900 block of West Good Hope Road shortly before 9 p.m. Tuesday, but it instead led them on a chase and eventually crossed over into oncoming traffic.
Police said the pursuit was then terminated, but the car continued to drive against traffic and hit another vehicle head-on at 50 to 60 miles an hour

In 2017, against the wishes of then Chief of Police Ed Flynn, the Milwaukee Fire and Police Commission MANDATED a WEAKENING of Milwaukee’s good pursuit policy – a policy which SAVED LIVES.  And as a result of that change, Milwaukee’s 2018 pursuits were up 239 percent, (https://pursuitforchange.org/advocacy/an-open-letter-to-milwaukee-police-chief-alfonso-morales-and-the-milwaukee-fire-and-police-commission/) with each of those chases endangering officers and citizens. How could anyone consider that to be a good thing?

Then, sadly as I had warned and predicted in 2017 (https://pursuitforchange.org/advocacy/statement-for-the-milwaukee-fire-police-commission/), one of MPD’s officers was killed in 2018. Officer Charles Irvine died in a pursuit related crash . Officer Irvine was the same age as my son, killed in an unnecessary police pursuit.

But instead, Milwaukee chose to double down and chase even more stolen vehicles, KNOWINGLY ENDANGERING many many citizens each and every time.

So FOUR YEARS after making a truly CRITICAL MISTAKE, Milwaukee continues to endanger, maim and kill citizens while NOT solving anything. Is this incompetence or simply a blatant disregard for the area’s population?

From the Milwaukee Journal-Sentinel article above:

“A cadre of city officials announced a new billboard campaign discouraging reckless driving. And they all touched on the troubling problem of people as young as 12 years old stealing cars and using them for joyriding and driving dangerously.”

And from the original campaign: (https://pursuitforchange.org/voices-of-victims/a-father-who-lost-his-innocent-bystander-son-in-a-police-chase-criticizes-milwaukee-billboard-campaign/). It was ineffective then and remains ineffective now.