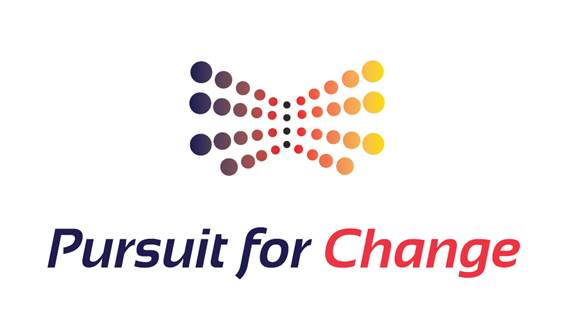 by Jonathan Farris
Chief Advocate, Pursuit For Change
May 24, 2019

The following letter was sent to Wisconsin papers today.

On Friday, May 17th, Urban Milwaukee published an article highlighting a stolen vehicle police pursuit on North 45th and West Center Street. The fleeing vehicle ultimately rear-ended a taxi cab and crashed. In 2018, after the Milwaukee Fire and Police Commission (MFPC) 2017 mandate that the Milwaukee Police Department (MPD) weaken its nationally recognized pursuit policy, pursuits and these stories have become an everyday occurrence.

The article mentioned that the “City-County Carjacking and Reckless Driving Task Force is set to meet for the first time on Friday, May 17th at City Hall. Among the topics likely to be discussed during that meeting and the Fire and Police Commission meeting were whether there are new police pursuit technologies that could help improve safety.”

Really? This is ironic as both MPD and MFPC are ignoring their previously successful use of GPS tracking technology, a program which MPD ended in 2018. This, along with a now-cancelled contract to purchase more systems, would have saved innocent lives and reduced bystander and officer injuries. These GPS unit purchases are public record, and in fact, Urban Milwaukee covered this issue as well.

In a recent article Are Police Pursuits Out of Control?, written by Bruce Murphy and published on Thursday, April 25th, it stated:

Under (former Milwaukee PD Chief) Flynn the agency adopted new technology developed by a private company called StarChase, whereby police shoot at GPS “bullet” about the size of a soup can that can stick to a fleeing car.
A 2014 MPD report found it is effective in 55 percent of cases, meaning it sticks to a car and an arrest is later made. That compares to MPD’s horrible apprehension rate of 38 percent for 2018’s 940 chases.

“During the year 2016 MPD deployed this technology 156 times, successfully attaching it to fleeing vehicles 112 times,” a past FPC report noted.

The approach enables police to avoid high-speed chases that often are aggressive adrenaline-fueled contests between officers and a suspect that lose track of innocent bystanders in a dense urban setting.

Whereas the StarChase devices “give officers time to [let the adrenaline high pass], so by the time the pursuit is over, they can think more clearly and make better tactical decisions,” as MPD Inspector Terrence Gordon told Governing magazine in 2016. Yet since Chief Flynn retired, there has been no discussion of this technology.

So I ask you, why are the MFPC and MPD leadership ignoring their own past success with this technology?

Technology alone is not a panacea. An intelligent and measured pursuit policy must balance enforcement with the risk to innocent public and officers. That is not happening under current policy, as tragically both officers and numerous civilians have been and will continue to be killed and injured.

The city has exceeded its $5 million reserve for police settlements and must currently borrow to settle lawsuits. [https://urbanmilwaukee.com/2019/05/14/court-watch-city-will-borrow-for-police-settlement/].  This is after not properly considering or, more likely ignoring risk mitigation strategies (unless one counts the billboard campaign, which was a colossal waste of money).

No one pursuit-related solution will solve Milwaukee’s crime problems. Managing pursuits in the 21st century requires a mix of appropriate policies, extensive officer training and effective use of available tools.

I respectfully ask that MFPC explain to taxpayers why they ceased supporting a pursuit reduction program that was working. And as MFPC and MPD consider their mind boggling 940 pursuits, reconsider the fact that effective technology, combined with smarter pursuit driving policies, will help tip MPD’s currently abysmal pursuit statistics back in the direction of saving lives and reducing injuries and property damage.

It’s clear that the current pursuit policy is costing too many lives and emptying city coffers.