“Jonathan Farris, an advocate for the nonprofit Pursuit for Change, an organization that pushes for safer police pursuit policies, called the Santa Fe Police Department’s chase policy vague and said it doesn’t give much direction for when an officer should give up on a pursuit.”

Jeannine Jaramillo’s alleged crimes in Santa Fe and Cibola counties within months of each other are strikingly similar: stolen cars, reckless chases and claims of a kidnapper or male aggressor who doesn’t appear to exist.

When Jaramillo was suspected of leading Cibola County deputies into oncoming traffic at high speeds in September 2021, they called off the pursuit. They later found the stolen vehicle at a residence and took Jaramillo into custody, according to records of the case. 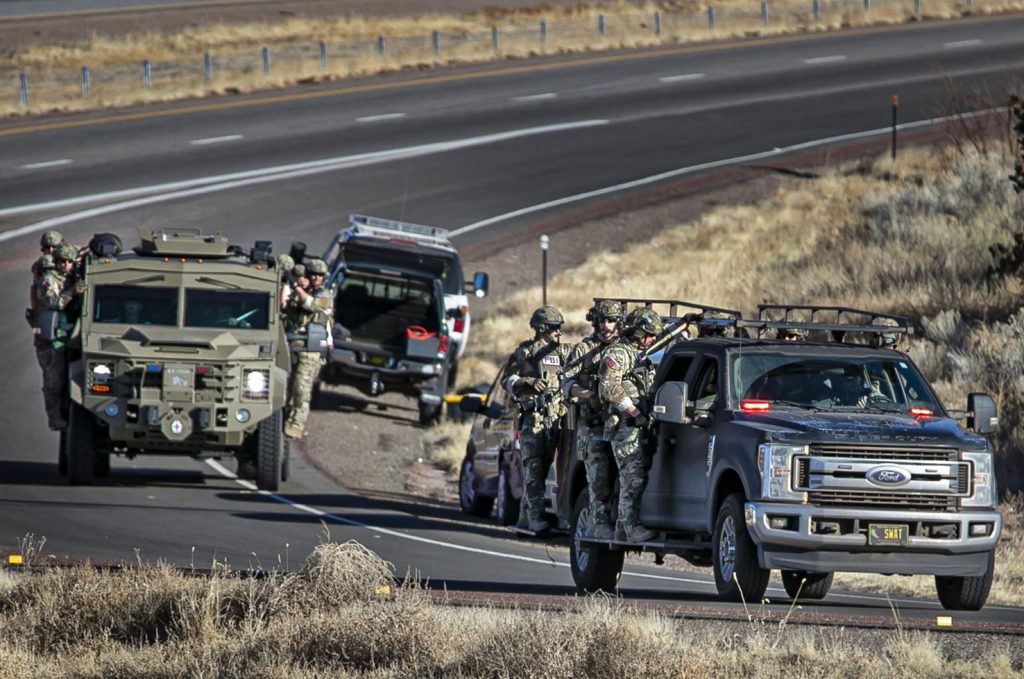 FBI tactical squad members approach a command center March 2 on Interstate 25 near Old Pecos Trail after a Santa Fe police officer and another motorist, a retired firefighter, were killed in a multiple-car crash during a police pursuit.   Jim Weber/New Mexican file photo

We have asked Mr. Thomas to post one correction. This statement “Farris, whose son Paul Farris was killed in 2007 when a cab he was riding in was struck by a Massachusetts state trooper chasing a driver suspected of a traffic violation…” is incorrect.  In actuality, the cab Paul was riding in was struck by the fleeing driver’s SUV, and not by the Trooper.  An important clarification.